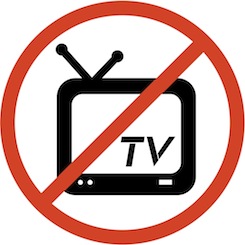 A study conducted in 2008 by scientists at the Division of Epidemiology at Ohio State University, the Gerald J. and Dorothy R. Friedman School of Nutrition Science and Policy at Tufts University, and the Department of Public Health and Family Medicine at Tufts University School of Medicine indicated that 37.3 % of American children between the ages of four and 11 years had low levels of active play, that 65% had excessively high screen time, and that 26.3% exhibited both of these behaviors. This study also indicated that the rising levels of childhood obesity could be combated by public health programs and initiatives aimed at reducing screen time while boosting active play. In today’s switched-on, always connected world, it can be difficult to determine the best way to control the amount of time your child spends with electronic entertainment devices. These 10 tips, however, can help you get your kids’ screen time under control.

The Centers for Disease Control and Prevention have stated that, as of 2008, more than one third of children and adolescents were overweight. They’ve also reported that these kids are at a higher risk for cardiovascular disease and pre-diabetes. While controlling and monitoring your kids’ screen time can feel like an uphill battle, it’s a vitally important responsibility of the modern American parent.

0saves
Save
If you enjoyed this post, please consider leaving a comment or subscribing to the RSS feed to have future articles delivered to your feed reader.
← 10 iPhone Apps for Busy, Working Moms | 10 Reasons Kids Seem to Learn the Words to Songs So Fast →