7 Ways Every Child Can Benefit From Music Lessons 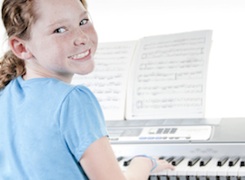 As public school systems slash budgets and eliminate musical education programs around the country, more and more parents are forced to find private musical instruction for their children. For parents who aren’t sure if the benefits of musical lessons justify the added expense and hassle, here are seven of the scientifically-proven benefits of music education.

Whether your child is enrolled in private music instruction, or is fortunate enough to attend a school that still offers a music program, the benefits of a music education are undeniable.

0saves
Save
If you enjoyed this post, please consider leaving a comment or subscribing to the RSS feed to have future articles delivered to your feed reader.
← Pros and Cons of Disability Insurance for Nannies | 10 Practical Lessons Learned from the Little Red Hen →