10 Reasons Why You Should Consider a Flash Mob Marriage Proposal 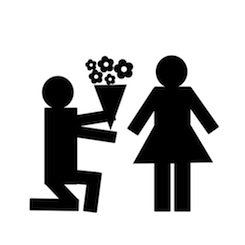 There’s something about a flash mob that makes every big moment better, which may be why they’re now regularly used for everything from product promotion to issue awareness. While some flash mobs create chaos and promote vandalism, the vast majority are feel-good affairs that leave both participants and onlookers with a smile. One trend, the flash mob marriage proposal, is rapidly gaining ground with young adults looking to start a life with the one they love. If you’re thinking of ways to pop that all-important question, here are 10 of the reasons why you may want to consider doing so with a flash mob.

Gone are the days of proposing at a sporting event in hopes of landing on the big screens; these days, a truly trendy public proposal requires a choreographed dance routine and plenty of participants. Because you won’t want your big day to be foiled by a visit from the police, though, you’ll want to make sure that you secure all the necessary permits or consult with a legal professional to ensure that you’re staying within the confines of the law. Good luck and congratulations!

0saves
Save
If you enjoyed this post, please consider leaving a comment or subscribing to the RSS feed to have future articles delivered to your feed reader.
← A Mom’s Guide to Balancing Work and Family | 16 Blogs that Will Make You Laugh with Funny April Fools’ Day Pranks →