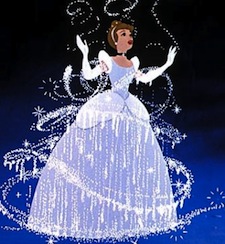 Who can resist the fantasy and wonderment of the classic fairy tales? These stories of medieval times are filled with the romance of a time long past where paupers become royalty and the world is filled with magic. No fairy tale would be complete without a witch, wizard or some mysterious character casting a spell to add the flair of mystery and excitement to the story. Wouldn’t it be great if these spells really worked? What would you do with these 10 awesome magic spells taken from the best fairy tales?

It sure would be great to be able to wave a magic wand to take all of our troubles away and live happily ever after like they did in the fairy tales. Unfortunately, fairy godmothers never seem to make an appearance and magic lamps with genies seem to be in short supply. However, these stories are filled with just as many evil witches and sorcerers that cause a bunch of trouble as they are good magic, and when you factor that in real life doesn’t seem quite so bad.

0saves
Save
If you enjoyed this post, please consider leaving a comment or subscribing to the RSS feed to have future articles delivered to your feed reader.
← A Dozen Things to Talk About During a Nanny Interview | 30 Blogs that Help Parents Develop and Maintain a Family Routine →