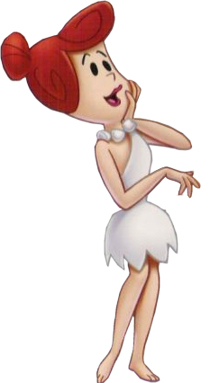 Wilma Flintstone, the beloved flame-haired matriarch of the iconic Flintstone family, has been a television staple since her introduction, more than half a century ago. From her 1960 debut to the present, generations of kids have watched Wilma interact with her family and the world, learning valuable lessons as they go. Here are ten of the most important things children learn from Wilma Flintstone.

Another of the great cartoon characters that have entertained several generations of children, Wilma has, and continues to, teach many lessons through her prehistoric life lived out on the television screen.