10 Things Kids Can Learn from Popeye 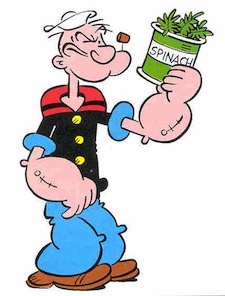 Though he later became a huge star in his own right, Popeye the Sailor Man began his career in an animated vehicle for the iconic Fleischer studios bombshell Betty Boop in 1933. More than three-quarters of a century later, his image is still instantly recognizable and the lessons he teaches kids are still relevant. These ten life lessons, as taught by Popeye, are among the positive things kids can glean from cartoons.

Popeye has been and will continue to be one of the great cartoon heroes of all time, and a hero worth looking up to by all boys and girls.