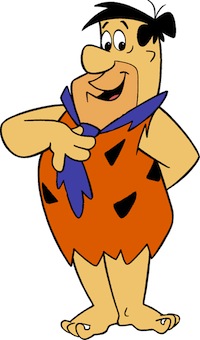 As the main protagonist of the classic cartoon The Flintstones, Fred Flintstone has become a cultural icon for children since his 1960 debut. This beloved Hanna-Barbera show enjoyed a six-year run in primetime, during which children of all ages have gleaned valuable wisdom from the characters. Here are ten of the lessons that kids have learned over the years from watching Fred Flintstone.

Fred is a fun and lovable character who always seems to be getting himself into a scrape of one kind or another. A true, blue-color working man, he has always been an icon of the average hard-working family man.