10 Lessons Kids Can Learn from Squidward 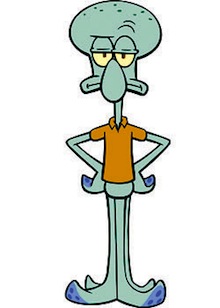 The surly octopus that lives between SpongeBob SquarePants and Patrick is one of the less likable characters on the show, but is a wealth of valuable life lessons for young viewers. There are so many things that children can learn from watching Squidward; here are ten of the most important.

Sometimes the lessons of who not to imitate are the easiest ones for kids to pick up on. That is probably true with Squidward.