10 Lessons Kids Can Learn From Smurfette 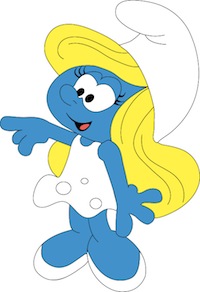 As the only girl in Smurf Village, Smurfette definitely knows a thing or two about sticking out in a crowd. While many cartoon and comic book aficionados claim that she was created as nothing more than a marketing ploy to appeal to the little-girl demographic, she still has a network of fans who know how special she is. For the young and the young at heart, watching Smurfette dance her way through the day-to-day struggles in Smurf Village is a source of endless entertainment, and also an educational opportunity. These ten lessons are among those that kids have been learning from Smurfette for decades.

As the only female in the group, Smurfette provides plenty of lessons for little ladies who easily identify with her and would happily follow her example.