10 Lessons Kids Can Learn from Sandy 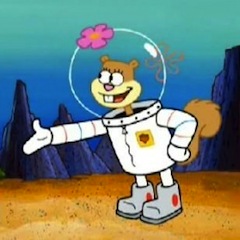 As the scientist squirrel with a Texas twang, Sandy Cheeks is one of the most important characters in the SpongeBob SquarePants series. Though her relationship with SpongeBob is a bit complicated, there’s certainly no lack of affection between the two. For kids watching this genius inventor, there are tons of valuable lessons to be learned; here are ten of the things that kids can take away from half an hour in the company of Sandy and her pals.

Besides cartoons be a simple entertainment avenue, we can also make use of the scenarios and characters as teaching tools for character lessons for our kids. It just takes a little thought on how to make the application.