10 Lessons Kids Can Learn From Gargamel 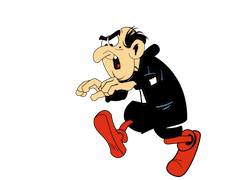 As the much-despised villain bent on the destruction of the peaceful Smurfs of Smurf Village, Gargamel certainly hasn’t gained many fans for himself over the years. While his level of dedication is rather impressive, his goal to bring the sweet little Smurfs to ruin prevents many people from seeing him in any sort of positive light. There are, however, plenty of things that can be learned by watching Gargamel at work; here are ten of those lessons.

Again, we see that even the villains have lessons to teach. We just need to take the time to pay attention and choose to avoid their mistakes.