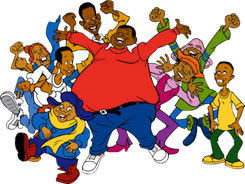 Fat Albert is a cartoon series created by Bill Cosby that’s based on childhood memories of his old neighborhood. Cosby also produced and hosted the show, which was set in Philadelphia and whose characters were largely patterned after childhood friends of Cosby’s. Fat Albert is the central figure in the neighborhood gang, as well as its leader. As such, Fat Albert teaches us something important about life in each episode, such as the following ten lessons for every kid to learn: