10 Lessons Kids Can Learn from Dexter 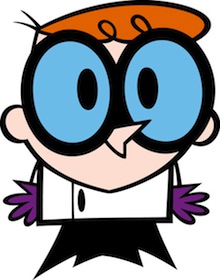 The Cartoon Network animated series, Dexter’s Laboratory, is about a boy named Dexter who is forever creating inventions in his own giant home-based laboratory. The show began as a cartoon short on another show titled What a Cartoon!, and soon earned its own full half-hour time slot. Dexter’s inventive skills and passion for exploration provide us with many positive examples to share with our kids. Here are 10 such examples of lessons kids can learn, courtesy of our favorite junior scientist: