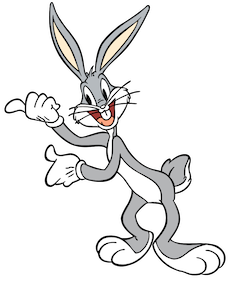 Despite beginning his career with the less-than-glamorous moniker “Unnamed Rabbit,” Bugs Bunny has become the most popular character in the Looney Tunes universe and a cultural icon in his own right. Generations of children have gleefully witnessed his wacky antics in hundreds of animated shorts and even a full-length feature film or two. Here are ten lessons that these little ones might have absorbed while watching Bugs in action.

There are definitely lessons to learn from that ‘Wascley, Wabbit!’